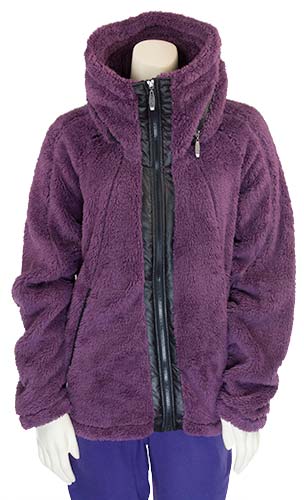 Chase away the chilly weather with this purple fluffy jacket. The attached zip-away hood converts it between a fuzzy hoody and a turtleneck purple jacket.

The color is toward the eggplant side of purple but lighter than aubergine.

And the fabric?  So soft.

Comments from The Purple Store:
This jacket is slightly less red than shown in the photo. It's a dusky purple tending toward aubergine but not as red/brown as eggplant/aubergine.
REVIEWS